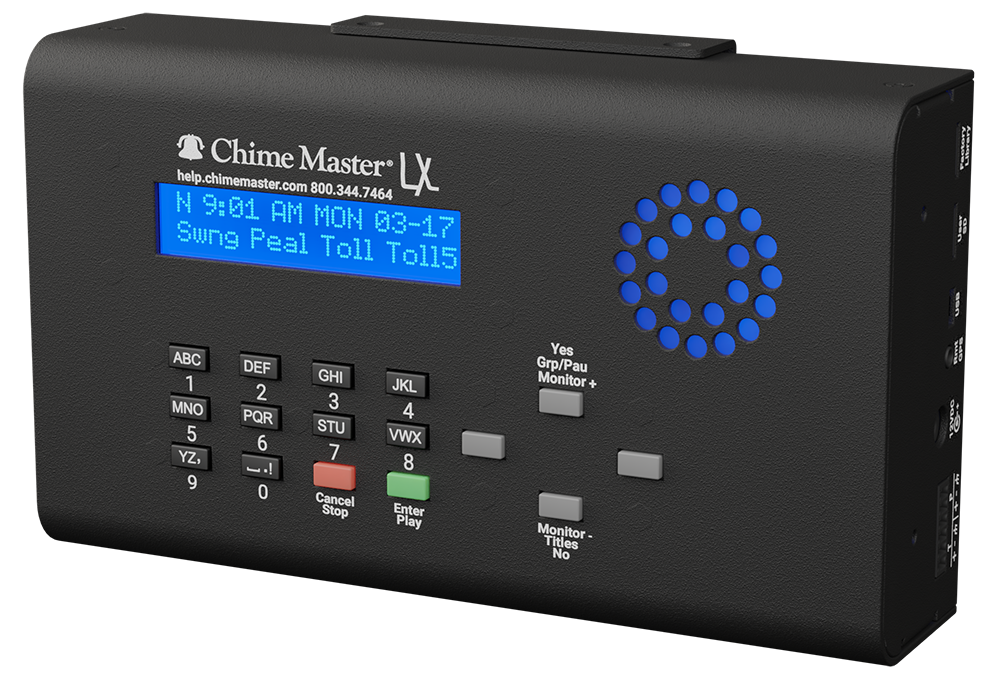 When coming to the carillon, it will show the following standby home screen display:

Press and hold the zero button for three seconds to suspend automation. The suspension time is three hours. The time display will alternate between the current time and Automation Suspended every two seconds. During suspension of the automatic schedule, manual selections may be played with the remote control or front panel function buttons.