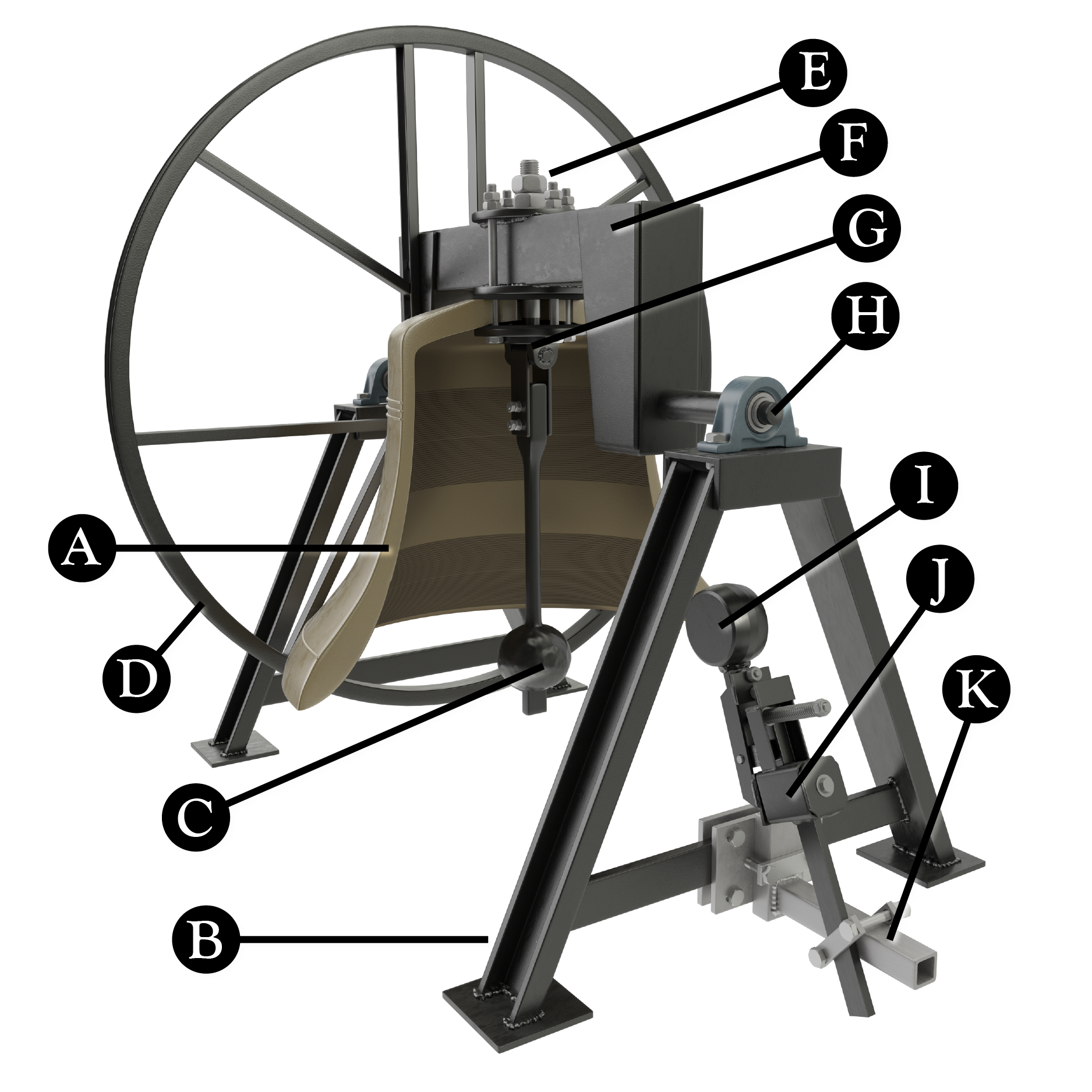 A rope swung bell, especially as supplied by historic American foundries, will often be fitted with clapper springs (not illustrated). These blades are mounted to the headpiece so that they catch the clapper to hold it away from the bell after striking it when the swinging angle is too high. These springs often feature leather or rubber pads that contact the clapper arm and require periodic replacement.

The diagram shows such a hammer (I) actuated by an electromagnet (J) that allows an Libertas bell control system to sound the hour, announce prayer times or count the age of the person being memorialized.

High voltage circuits should be switched through dry mechanical relay components because even the most advanced solid state circuits leak some currents. Solid state power switching is only acceptable when a dry contact master relay enables the high voltage to the individual outputs only during ringing.